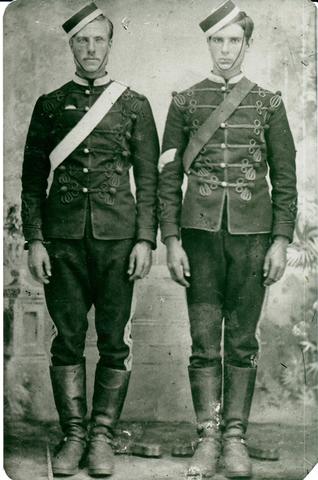 Charles Wesley Weldon McLean was born 26 August 1882 in the City of Saint John. He would serve with the 8th Hussars prior to the outbreak of the Boer War. Thereafter, he transferred to the Imperial Army and served in South Africa with British Forces. He would be promoted Lieutenant. He was chosen by Major-General Colville to serve as his aide-de-camp. Lt. McLean returned home to Saint John for leave in 1900. He would be met at the train station by a military band and a host of dignitaries. Throngs lined the streets to greet the returning soldier. McLean would soon return to South Africa. He would also go on to serve in the Great War, where he would be promoted to Colonel. After the war, McLean resided in England, where he was be elected to the House of Commons for the riding of Brigg. McLean would die 5 September 1962.