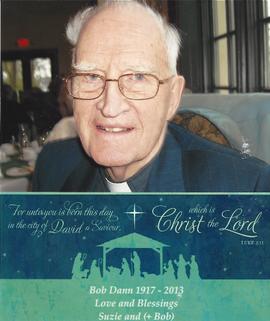 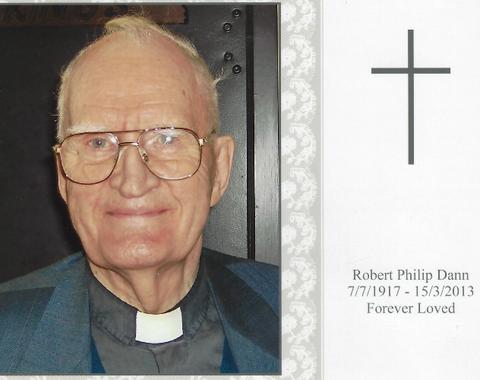 Robert Phillip Dann was born 7 July 1917 in Kingston. Robert Dann decided his calling would be the Church. As such, he attended the Wycliffe College in Toronto in 1937. He was posted to the parish of Eldon for several months in 1938-1939. He went on to a pastorship at Trinity Church, Saint John. By 1960 Dann was offered the position at St. Paul's.