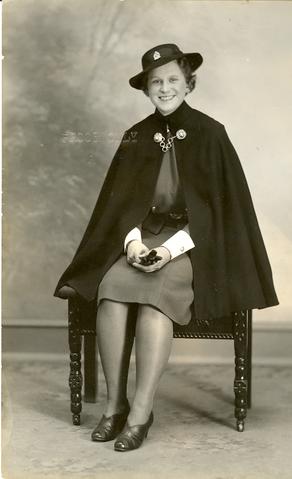 The concept of the Museum was envisioned in 1981.Doors opened in 2004 to support the town's 100th anniversary.

Series consists of materials on Madeline McEwen whom was a Nursing Sister with the rank of Lieutenant. She was commissioned on March 23, 1942. A Certificate of Service, a photograph and a Service Badge Certificate from Madeline McEwen.
Sandra Muir was at Camp Aldershot, Nova Scotia as a 2nd Lt. This file includes an album CWAC , Canadian Women's Army Corps Summer Camps 1966-1969 including 15 CWAC pictures ( most are notated) donated by Sandra Muir.