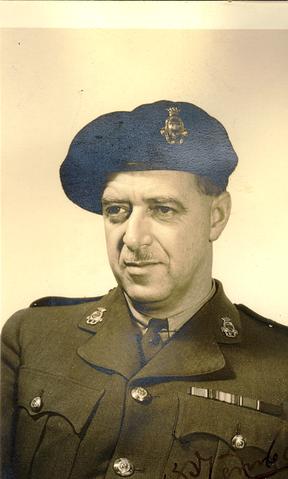 Keltie S. Kennedy. Born September 22nd, 1898 Kennedy was a WWI veteran. He enlisted on May 1st, 1916. He served in the Artillery and was badly wounded in France on April 29th, 1917. He joined the Hussars in 1921. He was Commanding Officer from 1936-1939. He is credited with keeping the Regiment alive. Due to his WWI wounds he was not medically fit to command during WWII and relinquished command to Harold Gamblin. He continued to serve during WWII and again was Commanding Officer from 1946-1947. He later was made Honorary Colonel of the Regiment from 1957-1969. He died January 7th, 1987.

Textual Documents were found in a footlocker owned By Keltie in the basement of the Gagetown Museum damp and deteriorating . Papers must be handled with care . These records are in Series 7 though 26.