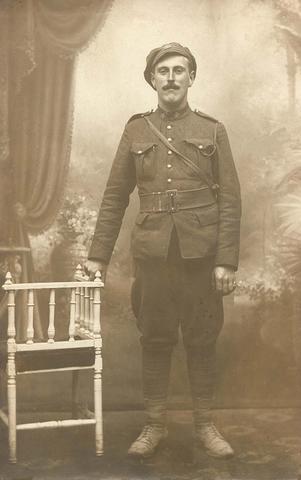 James Leonard MaCaulay- 1895- 1969 Born 30 September 1895 at Lower Millstream , Kings County , New Brunswick , Son of Samuel Alexander Macauley and Isabella Margaret Patterson . Graduated from Agriculture College , Truro Nova Scotia in 1914. Served in the Canadian Army in France during World War i. Was a war pensioner after being wounded at the front lines in France/Belgium June 1916. James worked on the Soldiers Settlement Board in the early 1920's. He was a life member of the Royal Canadian Legion Branch # 76 Norton N.B. Died 01 November 1969 at Sussex , Kings County New Brunswick . James and his Wife Gertrude rest in the Church of the Accension Burial Grounds at Apohaqui, N.B.