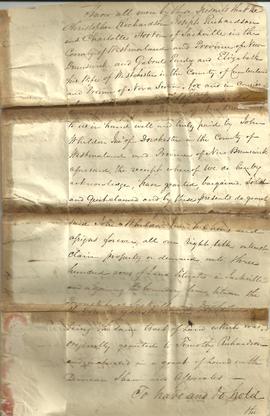 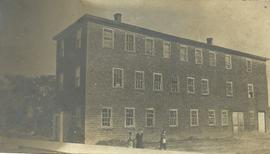 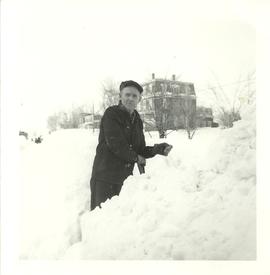 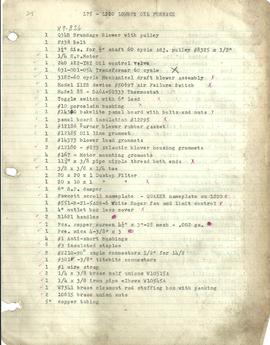 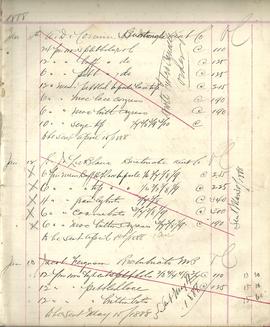 This series contains the administrative records of the Kingston Peninsula Telephone Company.

This fonds consists of financial and accounting records, including the time books of David Catte, cabinet maker who did much of the fine finishing work for Emery and a record book of the plans (900) with names of customers for whom furniture was designed. There are also 800 workbench plans, a scrapbook of designs, negatives, glass slides and drawings. A copy of "Cabinet Makers Assistant" (London: Blackie & Son, 1863) is also included.

This fonds consists of certificates for appointments and qualifications granted to Barnhill by the Supreme Court of New Brunswick.

This fonds consists of the business and political records of A. P. Paterson. The business records include three letter books dated 1900-1909 recording Baird and Peter's business in Puerto Rico importing goods such as molasses. There are also printed advertisements and price lists.

The political records include typescripts of articles and speeches, published pamphlets relating to Maritime Rights and the British North America (BNA) Act, and reports on Royal Commissions. There is correspondence about Paterson's duties as Minister of Education and Municipal and Federal Affairs, and applications for government jobs primarily from Saint John residents and firms with references to a patronage committee. There are articles, correspondence, speeches and drafts of speeches on Maritime Rights and the British North America Act.

There is also a section of printed ephemera which includes poetry from the "Evening Gazette", Saint John, 1889; regulations of Municipal Employment office in Saint John, 1939; an address by Emile Vaillancourt to the Kiwanis Club of Montreal entitled "When Montreal was 200 years old" and a brief by the Canadian Teachers Federation to the Federal Government in 1949.

The fonds contains an account book for Allan's Pharmacy and a volume detailing prescriptions.