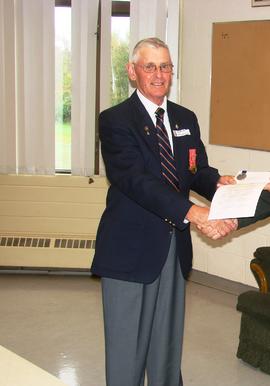 Series consists of correspondence fro Bill Gamblin to Borden regarding a copy of training orders from November 14, 1941.

This series consists of a scrapbook consisting of newspaper clippings including; clippings of servicemen, obituaries, Youth Strangled in acrobatic exercise, Marriage of Queen Elizabeth II and Prince Phillip

Series consists of the following -
Obituaries of former members of the 8th Hussars and other Canadian Military personnel.
McLellan's handwritten notes on some of these deaths.
Email memos regarding these deaths
Funeral schedules.