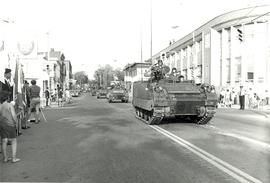 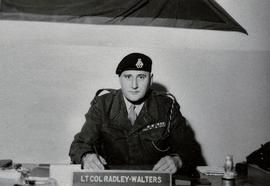 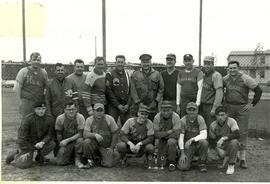 Listed below is was is found in the scrapbook. 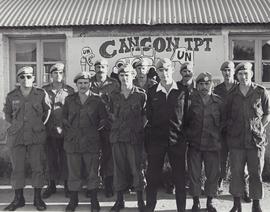 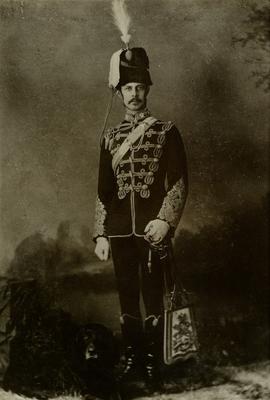 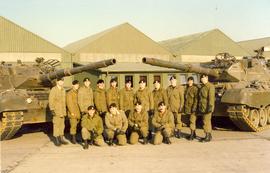 File consists of photographs
Listed below are items including;
A soldier sitting in the leaves
Sports Day; tug-of-war, pole vault, long-jump, and track and field
Chinook helicopters delivering military vehicles
Hussars and their Leopards
8CH hockey team
Curling
Drinking
Soldiers if the 8CH and their significant others
Inspection of the troops
Leopards drive by an officer
Hussars marching past an officer
Sports
Barbeque
Track and field
Presentation of medals
Hussars have a drink and eat some cake
Baseball team 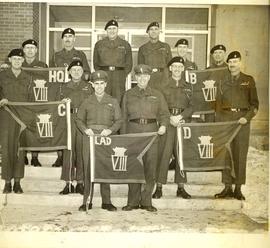 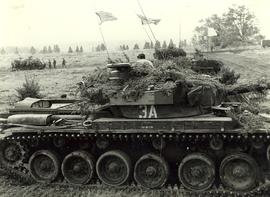 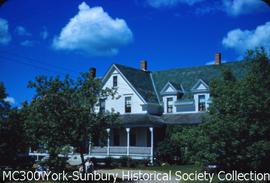 The Grant family homestead in Mactaquac.