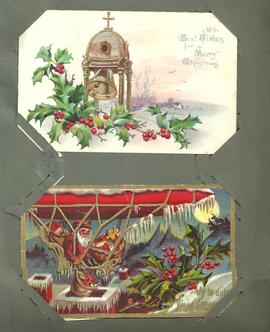 This fonds contains the administrative records of St. Mary's Chapel-of-Ease and of its various groups and associations. It consists of a register of confirmations (1887), registers of services, record books of contributions, and a record book of loans. Also included are minutes of the Parochial Guild and Women's Association, the Women's Association (senior and girls' branches), and the Rural Deanery, as well as a treasurer's book for the Women's Association (girls' branch) and a few pieces of correspondence relating to the Deanery. The register of services for 1921-1964 also contains entries for St. Paul's Church. Architectural plans and drawings of St. Mary's Chapel-of-Ease were transferred to the Map Section.