This fonds consists of minutes of annual meetings of the Board of Directors (1977-1981) of Wilson Cemetery Limited, along with an alphabetical listing of names of those interned in the cemetery and their epitaphs.

Fonds consists of Williamson Fisher's 1880 marriage certificate, 1913 probate, an 1879 certificate of admittance as an attorney, 1889 diploma from the Grand Royal Arch Chapter of New Brunswick, a letter from the town council of Woodstock, a photograph of Fisher in his law office and a photograph album containing black and white photographs of family members, dating from the late 19th century to the early 20th century.

This collection consists of a typescript memoir entitled "Life and times in New Brunswick 1866 to 1945," which is a candid account of most aspects of William Hubbard's life and includes a vivid picture of activities on the St. John River in the 1870s and 1880s. There are also extracts from the memoirs of W. W. Hubbard selected by Fred Phillips for a series of articles in "The Daily Gleaner" (Fredericton) and dated December 1955.

This fonds documents the personal and professional activities of William Wilkinson. It includes incoming and outgoing correspondence; insurance policies; and receipts, bills, invoices, agreements, bonds, and affidavits relating to legal cases he handled as either a lawyer or a judge.

Also included are case files dating to the years he practised law as well as legal documents pertaining to cases heard in the Supreme Court of New Brunswick or in the County Courts of Gloucester, Kent, Northumberland, Restigouche, Westmorland, or York.

A few letters and legal documents pre-date Wilkinson's birth. They probably resulted from the activities of his business associates, Archibald Murchie or John M. Johnson. 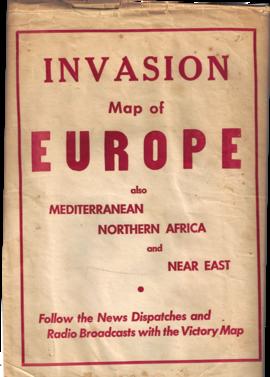 Edith Winslow Park's records include a letter from H. V. Parker, offering condolences on the death of her husband, William A. Park (1924); 2 cook books (printed); and graphic material, notably, 20 watercolours of plants and flowers, 12 place cards in pen and ink with touches of watercolour, an illuminated Lord's Prayer in calligraphy, and a watercolour of a stone church on birchbark.

Francis William (Frank) Park's records include 3 transcripts of interviews conducted with him by Barry and Janet Toole, in 1994, (49 pp.) that focus on his family, working life, and activities as a communist activist. He discusses his life in New Brunswick and Ontario (Ottawa) during World War II, his marriage, and his travels to Mexico, Russia, Cuba ("Canadian Tribune"), and elsewhere. There are also 2 post cards (1939, 1946), and notes on the Park family genealogy.

The fonds also contains more than 50 photographs of members of the Park, Winslow, and Hansard families, including 2 studio portraits of William A. Park by Notman, of Montreal. The photographs have been moved to PANB's photograph section. See P226 for a listing of items.