The Boy Who Wasn't Himself

This story, based on the recordings in the published writing of Samuel de Champlain, tells Frankie's part in the ill-fated attempt of Champlain and Sieur de Monts to establish the first permanent French colony four hundred years ago. All characters are real except for Frankie, the look-alike French cabin boy Francois, and Roche, their brutal adversary.

Item encourages readers to evaluate their current and future opportunities ; invites readers to attend an Exposition at the I. C. S. building in St. Louis ; readers are invited to attend a Free Exhibition of the International Correspondence Schools in P. G. Hanson's Store in St. Andrews from July 23 to 27 1904. 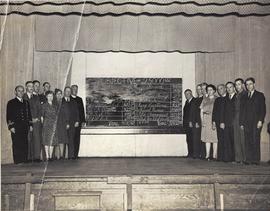 This Fonds consists of textual records including a newspaper, 3 photographs including staff assembled for a photo and a score board 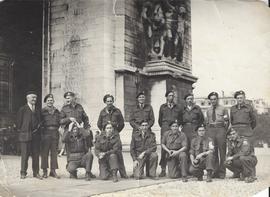 This Fonds consists of two photographs including, soldiers assembled for a photograph; as well as textual records including a publication titled "Holland and the Canadians"

This Fonds consists of textual records including portions of the 1945 8th Hussar Publication.