Fonds consists of Photographs of officers and listing of The N.B. Loyalists . 22 photographs and reproductions of officers and personnel in period uniform. A brief one page history of The Queen's Rangers from 1778-1783. Approximately 100 pages of a list that shows the names of heads of families or single men of 18 years of age and upwards, their former homes, their service during the Revolution, their first grants, their subsequent grants and/or place of residence. The Battles of Monmouth, Germantown and Brandywine 1777; Spencer's Ordinary 1781 and the Cowpens . Also included is 5" x 7" photocopy of a recruiting poster for the Queen's Rangers , and one (8.5 " x 11") photocopy of the Colours of the Rangers. The original is in the Public Library in Toronto. Materials on history of the cavalry trooper's sword, including photo of the same. A Photocopy from the book by Colonel David M. Stewart " The Queen's York Rangers.". A listing of NB Loyalists, numerous photocopies from different publications concerning the Queen's Rangers and a photocopy of the pamphlet issued in connection with the presentation of the colours to the Public Library of Toronto. 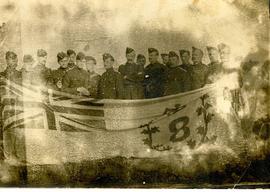 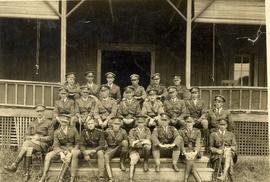 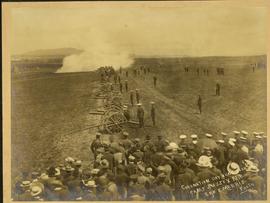 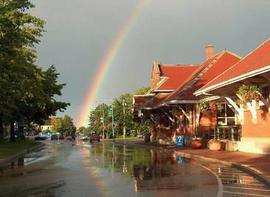 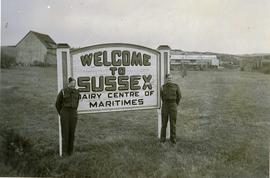 Fonds consists of Compositions: 5 page short story about Princess Louise titled "The Last Horse" , a 2 page short story about Lt.-Col G. R. H. Ross titled "Hussar Family Memories" and a photocopy of a 3 page article from the 1984 London Gazette written by Major H R S Ellis and sent to Cpl. Bowser by Patricia Belier.
Materials titled down memory lane that include short stories about Princess Louise and newspaper clippings . Correspondence to and from Tim Ellis regarding 8th Hussars issues. Materials regarding Honorary Colonels and Lieutenants colonels .
Maps from 1940 and Royal Canadian Armoured Corps, Embarkment for England and Holland And Liberation . Included are materials on the regiment standing orders and training plans .
Also included is photographs and Memorabilia of Tim's.