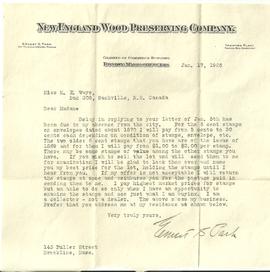 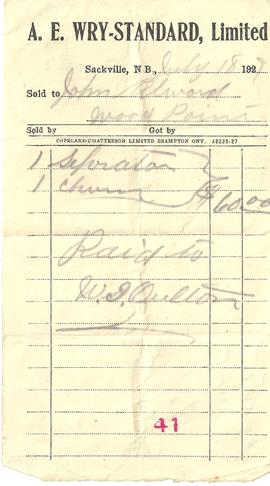 Item is a receipt from Bill C. Raworth Ltd., manufacturers of and dealers in carriages, trucks, wagons, carts, farm slovens, and automobiles. It is for one giant mowing machine at $100.00 paid by John Alward. 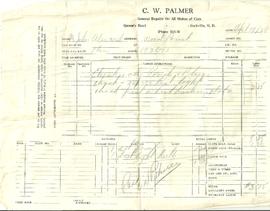 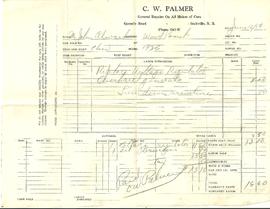 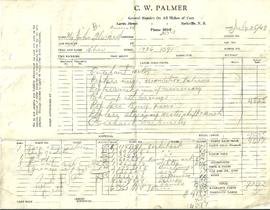 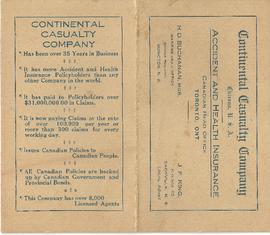 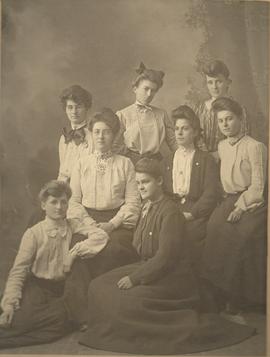 Item is a photograph of the female employees of George E. Ford’s All Purpose Store which was located on Main Street, Sackville, NB.

Item is a binder which on the cover reads: “Canadian National Livestock Records – Private Record”, and which on the inside contains items pertaining to John Alward’s raising of foxes. The content includes log sheets describing foxes owned by John Alward, extra copies of the log sheets that would have been filled out for each fox, an envelope from the Canadian National Silver Fox Breeders’ Association Head Office in Summerside, PEI, marketing agreements, etc. A key to unlock the binder to add additional sheets is also included.