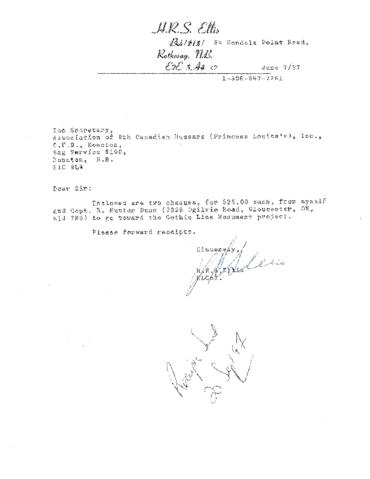 This series consists of 6 cm of textual records.

Charles William Estabrooks Was Born 1889 . He joined the 165th Battalion of the Canadian Army and served overseas from 1914 - 1918. While in Scotland he Married Jessie Matheson and they returned to Canada following his discharge .
Charlie was the oldest living members of the Sackville Citizen Band , In Addition he was a member of the Princess Louise Hussars military Band . His son Charles Jr. carries on the tradition as leader of the Citizen's band . Charles dies July 22 1960