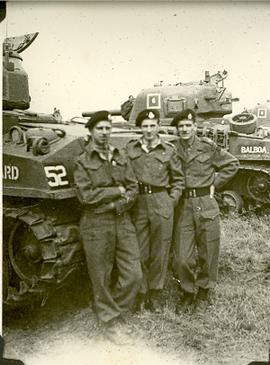 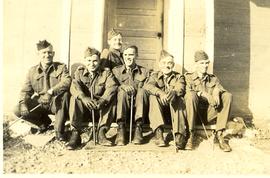 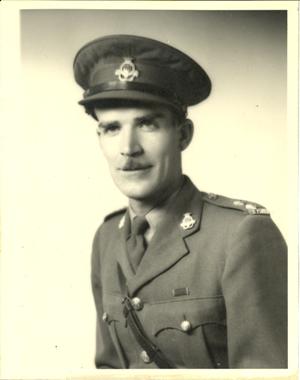 Clifford A McEwen May 22,1912 -January 10,1966 Keenly interested in the military since the age of 13, Colonel McEwen was a member of the 8th Canadian Hussars (Princess Louise's) (Militia) before the second World War as a lieutenant of Signalers and went overseas with the active army regiment early in the war as a Lieutenant. He saw extensive service overseas, and for a time served with the 1st British Army in Africa,and was awarded the African Star/Later he was in action with the Hussars in Italy and Northwest Europe and won the Distinguished Service Order for outstanding efficiency in commanding his squadron and for destroying enemy strongholds he won his promotions to Captain and Major in the field and returned to Canada in 1946 after peace had been declared as Second-in-Command of the Hussars. He and the late Lt-Col GRH Ross of Hampton, who was the commanding the Hussars ,were the only two officers of the Hussars who went overseas with the unit and were with it when it returned to Canada as a body in January ,1946. After his return to civilian life, he continued his interest in the Hussars and was Secretary of the Hussars Regimental Association at the time of his death. On June 8,1946, he married Lois W. Anderson of Alliston Ontario. She served with the Royal Canadian Air Force as a nursing Sister at Camp Borden and in Toronto during the War. They met through a mutual friend while he was training at Camp Borden in 1941 prior to going overseas. In 1965 he was appointed Commandant of the Corps of Commissionaires for the New Brunswick and PEI and at that time received rank of Colonel. He held this position at the time of his death.